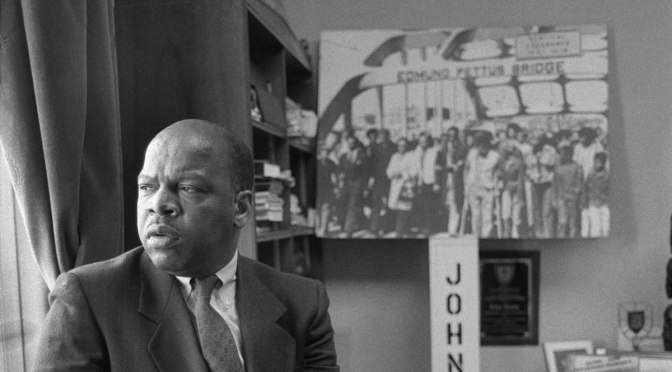 Faced with NIMBY, perhaps Amazon will choose go to somewhere else.  That will help the city’s financial burdens, won’t it?

It is not one man nor a million, but the spirit of liberty that must be preserved. The waves which dash upon the shore are, one by one, broken, but the ocean conquers nevertheless. It overwhelms the Armada, it wears out the rock. In like manner, whatever the struggle of individuals, the great cause will gather strength.

I was not fortunate enough to be able to travel to Washington D.C. today to be a part of yet another historic occasion. After spending time in another of the “masses” in April, 1993, I can only imagine what it must have felt like to have been there. Rather, today, I sat and observed the happenings on CNN and C-SPAN. At various times, I cried. I laughed. I worried. I criticized. Generally, though, I came away happy, with a sense of good will and with hope for a better tomorrow for myself, my distant family, my people, and my nation. (I even learned a new word: diaspora.)

It was called the Million Man March, a gathering of African-American males from across the land, as far and wide as the land itself. There were many things said about the March, true and false. Probably still so. That women were not invited. That admission was charged. However, most charged were the comments that Black people should not participate because of the leadership which suggested the March.

Last week, when discussing the March with a Black male friend of mine, I was disquieted that Minister Louis Farrakhan was the principal voice behind the March. I’m still disquieted as I write this. I sat today and heard co-organizer Benjamin Chavis say that you cannot separate the messenger from the message. Al Sampson of Fernwood United Methodist Church in Chicago implied the same thing. Still, many others feel that the message and the messenger are indeed separate. Regardless, Minister Farrakhan should be respected for making the call. As stated in the American mythology Star Trek, “Only Nixon could go to China”.

However, I am even more disquieted by a gnawing at my insides. I’m sitting here wondering how I, a black gay male, would be received in the Black community’s new world order. Minister Farrakhan asked us to return to our neighborhoods, join an organization, join a church, give up drugs, and black-on-black crime. Is there tolerance enough in this movement to include me and those like me? Or, are we to suffer a distinction that will keep us apart from our communities?

I don’t have an answer for that; I’m not sure I should even care. For if the messenger is listening to his own message, then it should not matter whether I am gay or not. All that should matter is that I have something to offer like the other million or so men on the Mall today.

As an Afro-American male, I’d be less than honest if I didn’t say that I’d be proud to have Colin Powell as my President (and, obviously, as yours as well). I think he represents what’s best about America and just coincidentally happens to be an Afro-American (or if you prefer, an African-American) himself.

As a gay male, however, I am disquieted by Gen. Powell’s dual nature about gays in the military service. On the one hand, there is the General’s public persona where he claims that gays and lesbians would be disruptive to the military services. On the other, there is the private persona where, if I am to believe what I am told, he openly accepts gay military on his staff. Now, I understand the necessity of having a public persona and a private persona. However, to have such diametrically opposed views as these seem to be seems to me to be a cause for concern.

Earlier this week, I had the opportunity to meet and listen to David Mixner, whom you may recognize as President Clinton’s advisor on gay and lesbian issues. (I hesitate to describe Mr. Mixner as that considering how Mr. Clinton has treated him since the inauguration.) Mr. Mixner stated that gay and lesbian politicos will be meeting with Gen. Powell to determine what his stand is on issues important to the gay and lesbian community. Mr. Mixner feels that, although the President has been a firm (albeit invisible) supporter of the community, we should not put “all our eggs in one basket.” This is a sentiment to which I wholeheartedly agree, as a gay man and a Black man. Mr. Mixner also stated that Sen. Dole, who had been a supporter of gay and lesbian equal rights recently returned a contribution, presumably so as not to appear beholden to the gay and lesbian community.

Of course, all of this is so much conjecture, but it gives us pause — time to reflect on the things that we should be doing with one year remaining before the presidential and Congressional elections. I, for one, will be reading Gen. Powell’s book, My American Journey (Random House, 1995). Realizing that the views that I am reading are distilled, I want to be able to understand where the man is coming from. Also, I’ll be looking into Mr. Clinton’s and Mr. Dole’s records regarding the things I heard about them as well. I’m already registered to vote, as you should be, and I participate in all national, state, and municipal elections, except party primaries as I am not a member of a political party.

I remember my awakening as a gay male in January, 1993 when President Clinton proposed the abolition of the ban on gay and lesbian military personnel. I also remember my disappointment when the President failed to appear at the 1993 March On Washington. And my disappointment when the government imposed their “Don’t Ask, Don’t Tell” policy on the military. It seems that for as many moves as we make forward, we take as many in reverse.

Mikeylito.com
All Rights Reserved,
except where indicated