The world is what you make of it.
If it doesn’t fit, you make alterations.

spoken by “Stella”, played by Linda Hunt,
from the film Silverado (1985)

As the movie opens, the Enterprise of the Kelvin alternate universe is in the middle of its five-year mission of space exploration. Captain Kirk returns from an unsuccessful diplomatic mission questioning his role in Starfleet. As Bones McCoy points out in a private moment, Kirk is still competing with his dead father, especially on the impending anniversary of Kirk’s birth (and his father’s death).

The Enterprise heads for a deep space port named Yorktown where the crew can have a little downtime. However, we learn that Kirk is tiring of trekking and, to no crewmembers’ knowledge, has requested a transfer to an administrative assignment. Elsewhere on Yorktown, Spock, who feels he should be doing more to help New Vulcan, receives a visit from two Vulcans who notified him of Ambassador Spock’s death. His melancholy has already affected his relationship with Uhuru as they have broken up.

Before Kirk and Spock can act on their feelings, however, they are assigned to help rescue a stranded crew on another planet in the quadrant. However, just before arriving, the Enterprise is attacked and Kirk and crew must fight for their survival.

Star Trek Beyond deconstructs the characters and relationships of this alternate timeline crew and then spends the film reconstructing them. As the situation separates them, we see Kirk and Chekov working together. Sulu and Uhuru form another team on a different mission. Scotty and a newfound alien, Jaylah, are another team. Finally, we have Bones and Spock working together. As the film meanders along, these teams come together to fulfill an even bigger threat off planet.

One of the striking things to me, as a fifty-year viewer of this television and movie franchise is how well these new actors have stepped into the old shoes of their predecessors. The newer characterizations are so spot on that my brain is willing to accept the massive cast shift. This has been evident since the 2009 reboot, but this is the first time that I’ve felt the characterizations have moved beyond imitation and parody into inhabiting the characters as we grew to love them. I’m fully invested in this cast. Kudos to cast member Simon Pegg (Scotty) and Doug Jung who wrote the script which reflects the heart of the original television series.

At this point, I should mention the untimely death of Anton Yelchin, who played the rebooted Chekov. Unlike that of original cast member Leonard Nimoy, Yelchin’s death is not dealt with within the context of the film.  Both are handled with slides at the beginning of the end credits.

Justin Lin has directed Star Trek Beyond with great energy which many expected as Lin made the Fast and the Furious franchise what it is today. However, Star Trek Beyond does not feel like Fast and Furious in space. The set pieces are fantastic, but Lin handles the character interaction with great skill. Idris Elba (as Krall) and Sofia Boutella (as Jaylah) are great as guest stars.

Star Trek Beyond is a welcome 13th edition of this franchise and third film in the rebooted series, Producer J.J. Abrams has already stated that another film is in the works with Chris Hemsworth returning as George Kirk. So. James T. Kirk will have the opportunity to work out his “Daddy” issues.

Rated PG-13 for sequences of sci-fi action and violence

Like many fans, when I viewed the theatrical release of Batman v Superman: Dawn of Justice, I was incredibly disappointed. I found it disjointed, full of plot holes and inexplicable character development.

Well, the inexplicable character development is still there and a few plot holes still exist, but BVSDOJ: Ultimate Edition is a vastly superior film to its theatrical release.

As the opening credits roll, we get director Zach Snyder’s version of the Batman origin story. However, by the time the credits are done, we’re done with the origin story as well.

An older Bruce Wayne arrives in Metropolis as Superman and General Zod battle over the city as we saw in Man of Steel. However, this time it’s all from Wayne’s point of view. We begin to see the reason why Wayne thinks of Superman as someone who should cease to exist.

Clark Kent is a much more developed character in the Ultimate Edition than he was in the theatrical release. His character feels more in line with the character of the previous film. His relationship with Lois Lane is fleshed out (pun intended) as well as that with his Mom.

The dream sequences that Wayne had in the theatrical release are far less disjointed and re-edited into a form which makes better sense.

This film introduces Wayne and his faithful butler from the Batman saga and Alexander Luthor from the Superman saga. Ben Affleck and Jeremy Irons play their characters well and Jesse Eisenberg is slightly less goofy in the extended version rather than over-the-top in the theatrical version. Unfortunately, Laurence Fishburne is chewing a lot more scenery in BVSDOJ than in Man of Steel.

While I’m talking about characters, let me just mention as an aside that I don’t understand why the characters of Steve Lombard, Jimmy Olson and Clark Kent (Kent to a much lesser degree in the Ultimate Edition) were wasted in this film.

The set pieces in the movie flowed naturally with the narrative and I think many will enjoy the major fight sequence in the film.

Query: was that Wonder Woman theme in the theatrical release?

All in all, BVSDOJ: Ultimate is a much better film than the theatrical release. It’s plot flows more evenly, many characters are better developed and, although the film weighs in at 3 hours and 3 minutes, I didn’t want to leave my seat for fear of missing something. 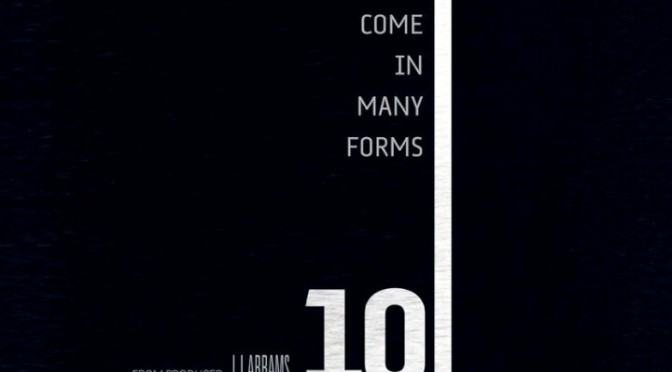 JJ Abrams seems to be the only producer to get me in an actual movie theater. He first accomplished that with Star Trek, then Super 8.

Now comes 10 Cloverfield Lane, the first official blood relative to 2008’s Cloverfield. (Mr. Abrams and others may not agree, but I actually feel Super 8 is worthy of that title.)

Now,  you’d have to be brain-dead to hear Mr. Abrams talk about this film and expect a direct sequel to the eponymous 2008 film. Yet, even I was surprised at the numerous twists and turns this latest entry takes.

Mary-Elizabeth Winstead portrays Michelle, a woman who has decided to end her relationship with her unseen boyfriend, Ben. She’s driving through rural Louisiana talking to him on her cell phone when she’s forced off the road.

When she awakens, she has an IV in one arm and is handcuffed to a bed by one leg. Enter Howard (John Goodman) who explains, in chilling fashion, that no one will be looking for her.

I won’t be the one to give away the various secrets of this film. I suppose that will happen faster than you can spell Wikipedia. I will say that you’ll be trying to figure out what the heck is going on as much as Michelle is.

Most of the action takes place in Howard’s bunker and it can be quite claustrophobic at times. Yet, a pivotal event occurs and all hell breaks loose.

10 Cloverfield Lane will keep most guessing right to the very end. Director Dan Trachtenberg is to be commended for constructing a film that mostly keeps you on the edge of your seat. The fact that most reviews won’t reveal the secrets of the film should tell you everything you need to know.

Rated PG-13 for thematic material including frightening sequences of threat with some violence, and brief language.