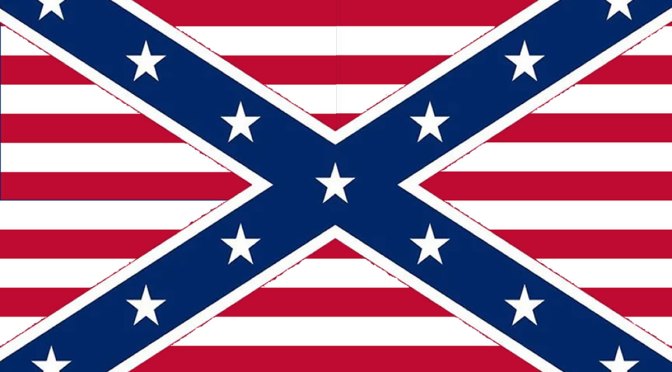 Europeans (and Latin Americans) have hooliganism.
Americans (as in citizens of the USA) have xenophobia.
More about this later.

In sports, as in “Real Life,” it’s becoming readily apparent that Americans don’t play well with others. In a series of international sporting events this year, it seems that we, citizens of the USA, tend to forget that we are also citizens of the world as well. Our story begins with the 2006 Winter Olympics in Turin (or, if you prefer, Torino), Italy. The people we advanced as being our best hopes fell flat on their collective faces. These are the games that featured Jeremy Bloom, the 2005 World Cup freestyle skiing champion finishing sixth, the failure of America’s sweetheart Michelle Kwan to appear and Sasha Cohen choking to silver in figure skating, the feuding of Shani Davis and Chad Hedrick in speed skating and the performances of Bode Miller. You remember Bode, don’t you? He’s the one who said when his Olympic competition was completed:

The expectations were other people’s. … I’m comfortable with what I’ve accomplished, including at the Olympics … I wanted to have fun here, to enjoy the Olympic experience, not be holed up in a closet and not ever leave your room. I got to party and socialize at an Olympic level … I just did it my way. I’m not a martyr, and I’m not a do-gooder. I just want to go out and rock. And man, I rocked here.1

In other words, it’s not whether you win or lose, it’s how you play the game.

Fast forward to the inaugural World Baseball Classic. USA Baseball assembled a squad ostensibly equivalent to the first “Dream Team” assembled by USA Basketball. The roster included such luminaries as Roger Clemens, Derek Jeter, Ken Griffey, Jr., Johnny Damon, Chipper Jones, Derrick Lee, and Alex Rodriguez. There was even controversy. Rodriguez was roundly criticized for waffling between playing for Team USA versus playing for the team representing the Dominican Republic.

So what happens? Team USA finishes the Classic with a record of 3-3, out of contention. In the first round, Team USA and American fans learned a lesson about international play. After the second game of the tournament, which Team USA lost to Team Canada 8-6, the Americans learned that they could be eliminated because of the rules of the tournament, which Major League Baseball and its players helped to draw up. In a three-way tie with Mexico and Canada with a record of 2-1, Team USA could be eliminated because they allowed too many runs.

Told the scenario, Mark Teixeria eyes widened, he turned, took a gulp of water and said, Ah, I’m not really sure how that works.2

Now comes, arguably, the biggest event in World sport: the FIFA World Cup. In Korea and Japan four years ago, Team USA surprised all by advancing to the quarterfinals. In the ensuing time, the team re-qualified for the 2006 tournament, playing a variety of international opponents and sending its players to a variety of professional leagues in Europe and the United States. Team USA was so impressive that it entered the 2006 matches with a number five ranking.

So what happens? Team USA loses the first game of the opening round to the Czech Republic 3-0. Of course, panic reigns supreme. Manager Bruce Arena hired, after the 1998 debacle in France, to bring unity and not dissension to Team USA promptly fingers midfielders Landon Donovan and DaMarcus Beasley for not being aggressive enough in the match versus the Czechs.

Against the Czechs, Arena said only three of his starters had good games. “I think our best players on the night were certainly Claudio (Reyna), I think Gooch (Oguchi Onyewu) had a pretty solid game. I thought Bobby Convey at least had the courage to attack. Everybody else, the performances were not good.” … As for the team’s best young players, Donovan and Beasley, Arena said, “Landon showed no aggressiveness tonight. … We got nothing out of Beasley.”3

Bodes well for Italy, doesn’t it?

Once the World Cup is over, we have the FIBA World Championships in Sapporo, Japan to look forward to. Once again, the American powers-that-be have assembled a world-class squad (Dwayne Wade, Lebron James, Carmelo Anthony, Kobe Bryant, among others) and a world-class coach (Mike Krzyzewski) to take on Puerto Rico, China, Slovenia, Italy and Senegal in round-robin play beginning on 19 August. I shudder to think if this will work better than our last appearances in the 2002 World Championships in Indianapolis, when we finished sixth in a field of 16, or the 2004 Olympics when we finished with a bronze medal.

I want to conclude with a story segment I read on the Washington Post Online. Camille Powell, the Post’s soccer writer, participated in a chat prior to the USA/Czech Republic match last Monday. Here is a transcript of one of the exchanges.

Normal, Ill.: Reception of the US team has been hostile in recent tournaments-e.g. the US national anthem was booed all the way through [during] the 2003 Confederations Cup; in a qualification match with Mexico fans were chanting ‘Osama, Osama’. What sort of reception would you expect during today’s match and future matches, based on your experiences so far? What are Germans doing to prevent or disencourage such activity?

Camille Powell: I don’t expect the reaction to the US team to be overly or unusually negative today. However, if they happen to play Mexico…. The American fans in town seemed to be very well-received by the Czechs, German, British, etc. In fact, the only time I heard any boos today was when a man walked through the crowd carrying a Mexico flag. The Americans booed and shouted, “Go home!”4

As Linda Ellerbee is wont to say… And so it goes…

This site uses Akismet to reduce spam. Learn how your comment data is processed.